For years, Danes have been used to limited television choices, mainly from state-run stations. But there’s also another choice -- a Christian-run station with news on the Danish church, preaching, music, interviews, children’s shows, worship services, and more. 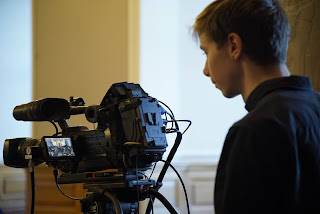 While American TV viewers might take Christian programming for granted, it’s quite another story in a small country like Denmark, where state-run media has always been the norm.

Then, of course, everything went digital. And unfortunately the station remained off the air for several years -- until technology caught up. Today Copenhagen residents can easily view KKR-TV, while others throughout the country can install a digital receiver box for home viewing. Live programming is also available online.

“I’ve been longing for it for many years,” said an older viewer from Kalslund. For people like her, for shut-ins, and for many others, KKR is a new lifeline to teaching and testimony about living a life of faith.

PRAY for the staff of KKR/TV, that they would remain faithful to Christ and to their calling of presenting the gospel in a culturally relevant way.

PRAY that children would be drawn to the programing and come to know Jesus as a result.

PRAY that the ministry of KKR TV would reach many homes where Christ not known.

PRAY that God would use this television to help bring revival to Denmark!