Crosses Come Down in Jylland

Six weeks after erecting 16,000 white crosses in a large field along busy highway E45 in Jylland, members of the Danish anti-abortion group “Retten til Liv” (Right to Life) complied with a highway department order to remove the memorial. 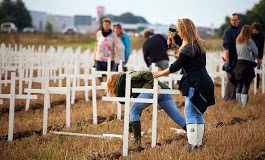 Many of the crosses were relocated to another location in Vedersø. Most, however, have been disposed of, the group reported, just like the unborn children they represented.

Opponents had claimed the field of crosses caused a traffic distraction, ever since it went up in late September. Retten til Liv members, many from local churches, said they wanted to memorialize unborn children who have lost their lives. In any case, the display between Horsens and Vejle sparked heated debate on the 40th anniversary of free abortions in Denmark.

“Some celebrate it as a victory for women,” says Ellen Højlund Wibe of Retten til Liv. “We see it as a frightful lie that has eaten its way into our people, making away with more than 800,000 unborn human lives.

“We must not give up. We’re going to pray and work as if God can change everything. Because he can.”

PRAY for the ongoing Christian witness for life in Denmark.

PRAY for the young unborn Danes who need protection.

PRAY that God would change hearts and minds on this divisive issue, and that Danes would turn to the truth of the Lord who loves all little children.
Posted by PrayforDenmark No comments:
Email ThisBlogThis!Share to TwitterShare to FacebookShare to Pinterest

Room for God in Denmark?

Is there room for God in Denmark?

Members of Denmark’s Frikirkenet, or Free Church Network, believe there is. And with that in mind, leaders from Baptist, Pentecostal, independent, and house churches all across Denmark have come together in the city of Kolding for the past two days, November 8 and 9. They’re not only challenging each other to look beyond the safety of their church walls to the bigger picture, they’re seeking God’s heart and his perspective on the future of the Danish Church. 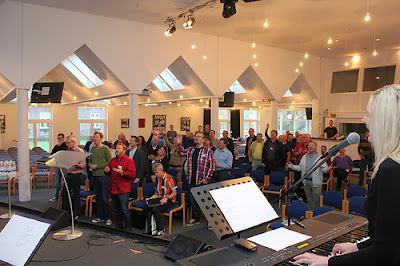 “As a network, we want to be a part of making room for God in our land,” says Henrik Kaas, a spokesman for the group.

That’s why the far-ranging assembly of believers invited two former members of the Folketing (national assembly), as well as a kulturminister (Minister of Culture) to offer their perspectives on faith in the public square.

Engaging the culture? Kaas admits it’s not a typical topic at their annual meeting. Still, he hopes it will encourage the 100 member churches to take a more outward focus in the year to come.

PRAY for renewal and revival among member churches of the Frikirkenet.

PRAY that Frikirkenet leaders will return home with a fresh vision for engaging their culture, serving their cities, and reaching out in the name of Christ.

PRAY that others will see the love of Jesus in the lives of these believers, out in the public square.