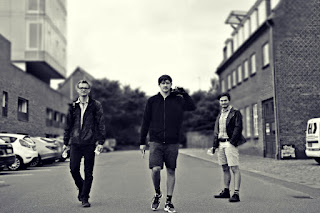 The Voice recently came out with a series of interviews, asking Danish church leaders what they think is the Danish church’s greatest strengths -- and greatest weaknesses.  What do young Danish Christians need to know?

One prominent young church planter, Jesper Jeppesen, gave an optimistic perspective: “I think there’s starting to be more fire in the (Danish) church than we’ve seen in a number of years,” he told the Voice. “The upcoming generation really just has a heart for Jesus, and they want to see a change. I think one of our greatest strengths is that they don’t accept the status quo, and that they really do want to see God’s kingdom. They’re willing to pay the price.” 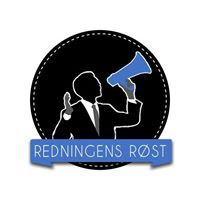 That’s a jumping-off point for Redningens Røst, with street interviews, arguments for creation, lively challenges, and more. Its four young founders aren’t afraid to tackle apologetics, postmodernism, or tough questions -- all from a vibrant, outgoing Christian perspective. Their passion is not only to give voice to the truth of Jesus, but to encourage and show others how to live out and share their faith, as well.

It’s the kind of witness that will no doubt shake things up… and that’s a good thing.

PRAY for Redningens Røst: David, Philip, Simon, and Nikolai. Ask God to give them continued courage, wisdom, and insight as they challenge the Danish church to come alive.

PRAY that God’s Spirit would work through the videos and online, not only to encourage believers, but to draw more people into the Kingdom of God.

PRAY for continued creativity and effectiveness in new Voice videos.

PRAY that God would use this cutting-edge ministry to help bring revival and awakening in Denmark.
Posted by PrayforDenmark
Email ThisBlogThis!Share to TwitterShare to FacebookShare to Pinterest