Is it Christmas, yet?

Danish Christians are already looking forward to the Christmas season, but this year they’ll have something more than just cheery greetings to hand out. Hint: In this case we’re not talking about an online outreach.

This is all about challenging unchurched and once-a-year visitors in a traditional format that’s been used and valued in Denmark for decades: Good old-fashioned Christmas magazines. 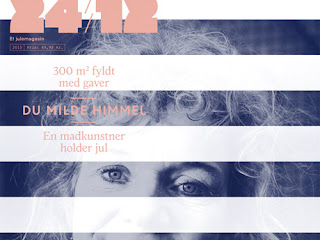 Yes, magazines. In secular Denmark, most such publications are filled with seasonal short stories and features, packed with plenty of Julenisser (Christmas elves). This year’s “Julemagasin” from Christian publisher Lohse builds on that tradition with a tried-and-true format highlighting stories of transformation and gospel outreach. It’s a culturally acceptable way for believers to reach their unchurched friends and neighbors with the good news of Jesus Christ.

So yes, it may be old-school, but it’s working. The magazines were first produced in 2008, and print runs have been rising ever since. Last year more than 80 churches ordered copies to give away to nearly 13,000 Danes.

“We ordered 200 magazines and handed out half of them on the street,” said Asbjørn Asmussen from Sct. Mihaelis church in Fredericia. The other half of the magazines were given to those attending their Christmas Eve service—including their once-a-year visitors.

This year, the magazine features a story about Danish prison ministry, holiday reflections, and articles about Heaven.

PRAY for the “Julemagasin” outreach, that God’s Holy Spirit would touch hearts through the stories, and that lives would be changed.

PRAY that more copies than ever would find their way to unreached homes.

PRAY that God would touch the hearts of Danish Christians in this outreach, helping them to see the joy of sharing Christ with others.
Posted by PrayforDenmark
Email ThisBlogThis!Share to TwitterShare to FacebookShare to Pinterest