Danes aren’t used to seeing new churches planted in their midst, much less new Lutheran fellowships. But Broen (“The Bridge”) Free Fellowship in Vejle is something different. 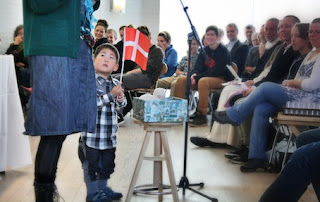 And they’re growing, with 150 in attendance every Sunday –- large, by Danish standards.

Planted in late 2012, Broen fills a gap between the larger state church and other (much smaller) independent fellowships. Though associated with the Indre Mission renewal movement and the Evangelical Lutheran Network, they’re self-governing and depend on local giving, rather than state funding. They’re also not shy about their focus on the Word of God, and on the need for lost sinners to follow Jesus. 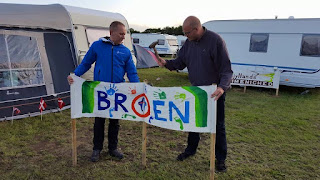 It’s a kind of back-to-basics church that appears to be meeting a need in south-central Jylland, especially with their contemporary worship style and emphasis on youth ministries. (Nearly a third of the congregation is under 18.) Lead pastor Simon Nielsen, who has been on staff for three years, has just been moved to full-time status. The church has also moved praise team leader Aleksander Asmussen into a paid, part-time position. Two more volunteer pastors round out the staff.

So as the name implies, this fellowship serves as a bridge – from a culture where the Lutheran church had become an overlooked cultural relic, to a place where Danes can discover a living, vital relationship with Jesus Christ. Pray for them!

PRAY for Simon Nielsen, that he would faithfully preach God’s word, and that he would continue to catch God’s vision for this church.

PRAY for Aleksander Asmussen, that he would also see God’s vision as he leads the fellowship in worship.

PRAY that people in Vejle would see something new and different in those who fellowship at Broen, that God would fill this group with love for each other and compassion for the community.

PRAY that home-grown spiritual leadership would develop, and that people from Broen would begin to have a wider influence around the city and beyond.

PRAY for revival in Vejle, that it might begin with this bridge.
Posted by PrayforDenmark
Email ThisBlogThis!Share to TwitterShare to FacebookShare to Pinterest