Time for a look at the bigger picture in Denmark. First, the bad news…

After the British exit from the European Union (Brexit), some Danes have called the church attendance situation in their country “kirxit,” or kirke-exit. (“Kirke” means church.) 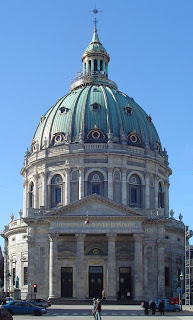 It’s a trend that’s been developing for several years, but you see where this is going. A closer look at the statistics over the past decade make it very clear that Danes are abandoning the state church in increasing numbers. Fewer Danes participate in baptisms (for babies), confirmation (for young people), or Christian burials. In fact, where once 75 percent of Danes were baptized as infants, the number has fallen to around two-thirds.

Does it matter? The good news is that alternative Christian (Lutheran) fellowships are taking up some of the slack. These vibrant, gospel-centered churches are reaching out in new directions and among people (including immigrants) who have traditionally found it difficult to integrate into Danish society.

Independent, Bible-believing churches, once generally looked at with skepticism, are also finding a new foothold. Families and individuals within the latest influx of immigrants are often open to the Gospel, and they offer a new opportunity for evangelism and church growth.

So look at the surprising growth of churches like the Hillsong Fellowship in Copenhagen, and you get a better picture of where the Danish church may be headed.

Look at the unprecedented resurgence of Christian songwriters in Lutheran and other churches, and you get a clear sense that God is stirring up a new generation of worshippers. 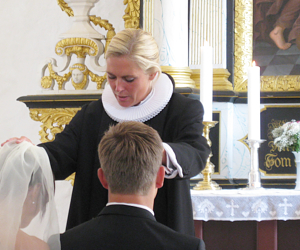 Look at the increased attendance in some Bible-based colleges, and you see an encouraging hunger for Biblical truth, as well as the challenge of training up the next generation.

“It’s possible that God will send an awakening across our land,” writes Brian Christensen for the Evangelical Lutheran Network, “one that will bring to a halt and turn around the trend we’ve experienced.”

Let’s keep praying that will come about.

PRAY for revival in the Christian colleges across Denmark, that young people would not become discouraged, but would sense God’s Spirit and stay focused on Jesus.

PRAY for revival in the growing fellowships of independent and alternative Lutheran churches, that they would continue to see new growth and outreach, that their enthusiasm for the Lord would be infectious, and that God’s Spirit would draw many more to salvation from every walk of life.

PRAY for revival in the shrinking state churches, that pastors would preach truth and that new life would spring to life in the smallest, most remote corners of the country.

PRAY for revival across the country, that Denmark would become an example of what God wants to do in His church, through new unity and an outpouring of God’s love.
Posted by PrayforDenmark
Email ThisBlogThis!Share to TwitterShare to FacebookShare to Pinterest

praying & agreeing for revival in Denmark..