This is going to be different

The new pastor at Karlslunde Standkirke (Karlslunde Beach Church) is looking for revival in his post-pandemic fellowship, but he doesn’t believe it’s going to look the same as it did, before.

As Anders Michael Hansen describes it, it’s all about freeing the gospel from its “Babylonian exile.”

In other words, he says, the good news needs to be freed from the old church culture. And revivals, he said, aren’t tied to church culture, but to people. 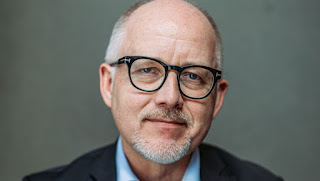 “I prefer to preach the gospel in a down-to-earth way, and let the power of God’s Spirit confirm the truth of the gospel with His presence and accompanying signs. I think… congregations that are only institutional and dependent on meeting in large gatherings will give way to smaller, organic, flexible fellowships. The alternative would be increased secularization and more distant Christian faith communities, if we as Christians don’t have the imagination to adjust to a new reality.”

So Pastor Hanson is looking to rediscover what is “the fellowship of the saints” in his local church. And he believes their main focus will be what he calls “the living community of faith in small groups.”

Along with another visionary pastor at Karslunde Standkirke, Peter Tingleff, they’re looking for new ways to implement a service-oriented one-to-one outreach called “Church on the Way,” specifically aimed at non-churchgoers.

“We need to spread the gospel through our local presence,” said Pastor Hansen, “not isolate it in large, self-sufficient congregations.”

The 57-year-old’s outward-facing, neighbor-serving attitude is clearly not the norm for all Danish churches, but pray for him and his congregation as they face the post-corona reality in their community.

PRAY for Anders Michael Hansen, Peter Tingleff, and others at Karlslunde Strandkirke, for wisdom as they seek God’s leadership to grow the church there.

PRAY for unity and that believers would catch the vision of outreach in Karlslunde.

PRAY for programs like the “Church on the Way” and others, that Christians in Karlslunde Standkirke would be known for the way they love their neighbors.

PRAY for revival in Karlslunde!

Posted by PrayforDenmark
Email ThisBlogThis!Share to TwitterShare to FacebookShare to Pinterest