While Danes struggle with the complex political impact of the recent immigration crisis, another unexpected trend affects them in an entirely different way:

Hundreds of asylum seekers in this tiny country are coming to faith in Jesus Christ.

According to a recent report in Berlingske, the Danish news service, 300 recent immigrants are being baptized into Danish state-affiliated and free churches. Most (250) are from Iran -- a place where it’s (very) illegal to convert from Islam. In addition, at least 100 more Iranians have been baptized in the past three months.

Of course it’s impossible to understand everyone’s motives. Some may believe baptism will improve their chances of being accepted as asylum-seekers. But the just-released numbers are significant, and there’s reason to believe the number of questionable conversions is low. 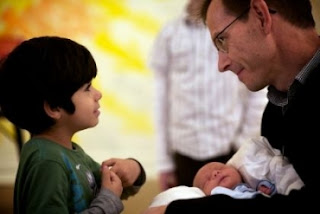 In Copenhagen’s Apostelkirken (Apostle Church), for example, a dozen asylum seekers were baptized this past Easter. Pastor Niels Nymann Eriksen estimates they’re among 100 such converts in the past five to seven years, in his church alone.


“We’re very careful to explain to them that simply converting in itself won’t give them permission to stay,” says Pastor Eriksen. “If they’re sent home, as converts they then have another problem, in addition to the problems they fled.”

So these recent converts from Islam know they would be in even greater danger if they were forced to return. Meanwhile, they’re finding a new Danish home in churches like Apostelkirken, where services are translated into English and now Farsi, the language of Iran.

PRAY for these new brothers and sisters in Christ, that they will find a place in the family of God and new peace in their lives.

PRAY for any who might claim conversion in hopes of improving their case, that the reality of the gospel will shine through in their desperation and need.

PRAY for Danish Christians facing the challenge of dealing with this latest influx of immigrants, that God would give them both wisdom and open hearts.
Posted by PrayforDenmark
Email ThisBlogThis!Share to TwitterShare to FacebookShare to Pinterest